I work in education and I come across people every day involved in different fields of education. Among them are teachers, parents, homeschoolers, school district administrators and special needs carers, al of whom when the subject of the Common Core Curriculum comes up, of course has their own personal opinion. 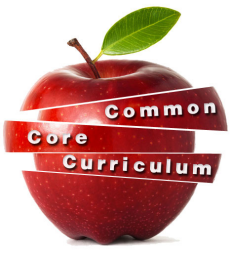 However what surprises me is that many of these people have formed their negative opinion based upon what they have been told by other people, and are not prepared to actually go and investigate the accuracy of what they believe. As a result their misunderstanding and misinterpretations about the Common Core Curriculum remain.

It frustrates me that the world of education is already fraught with so many problems, and now we appear to have yet more divisions appearing over the subject of the common core curriculum.

My own view may be too simplistic, but the last time I looked at a child from New York, they had one head, two eyes, two ears, a brain, and two arms and two legs – and maybe coincidentally – they actually seemed to look, act and learn exactly the same way a child from Los Angeles, Phoenix, Boston or Minnesota does. So what on earth the justification could be for teaching a child from California any differently to a child from Ohio, I really have no idea.

Therefore the fact that America – with its 52 million students, has been educating it’s children based upon what are essentially 50 different curriculum’s (one per state) seems rather ridiculous to me.

So if that’s the case, surely we could do something similarly sensible. 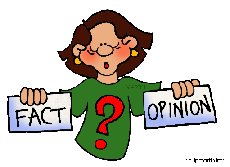 After all, consider the excessive amounts being spent – and potentially wasted each year, trying to maintain a different curriculum for each of 50 States. How is this any different to a single ship being commanded by 50 captains? To me this borders on the ridiculous, especially at a time when so many schools are so desperately short of money and underfunded.

Personally, if a Common Core Curriculum is all about taking steps to ensure that the children and students in schools across the United States are learning the same curriculum, then I’m all for it.

But hey, that’s only my opinion.

What do you think? Do you think you fully understand what the Common Core Curriculum is, and what it offers?

And if you think the Common Core Curriculum is good …..or bad …..please explain why? You might help change my mind.

Hi, Thanks for the interesting article. We homeschool in Arizona and were approached by a christian homeschool group last year that were spreading all sorts of misinformation about the common core. I was initially interested in what they had to say but I took the time to go and investigate the claims they were making and found it to be an absolute load or garbage. I have no idea why people would do this particularly when it is a group that claims to have their kids best interest at heart. My attitude is that if you don’t understand something, go… Read more »